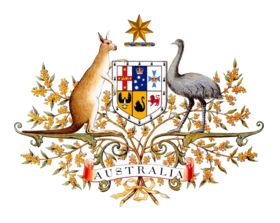 Mr DANBY (Melbourne Ports) (10.11 a.m.)≈On the weekend, my wife Amanda Mendes Da Costa and I attended the 75th anniversary celebrations of the Elwood Talmud Torah Congregation. It was a well attended affair with over 200 people present and included my state colleague, the member for Albert Park, Martin Foley and the Mayor of the City of Port Phillip, Janet Cribbes. In a wonderful historical booklet especially produced for the occasion, the historian Yossi Aron noted that the congregation was formed at the home of Joseph Fisher in 1932. The Fishers came from the Ukraine in 1928 but settled in Elwood. Together with their daughter’s fiance, Samuel Gandel and many other Jewish immigrants from Eastern Europe, over many decades they played a role in the formation of this very important local synagogue. The Elwood Shule which is just around the corner from my house.

Over the afternoon, an important element of history became clear. Most Australians, indeed most historians think that the Jewish community in Melbourne was formed largely in Carlton. However, it was very clear from Mr Aron’s book and the video that this was not so. It was fitting that Chaim Mehlman’s video showed there was a vibrant synagogue in Elwood prior to WW11 and also introduced Elwood stalwarts Saul (Avshalom) Same and a new film star, the gravely voiced, Mr Abe Hoppe. Elwood, of course, was the pulpit for nearly 50 years of the legendary rabbi who looked after the post WW11 congregation of Holocaust survivors. The late Rabbi Chaim Gutnick was the progenitor of a great rabbinical dynasty in Melbourne; and Elwood also hosted an internationally famous cantor, Reverend Adler.

The current rabbi, Mordechai Gutnick and his wife Sarah Gutnick, the eldest son of Chaim Gutnick, was at the celebrations, as were Rabbi Shmuel Karnowsky and other synagogue officials, Rabbi Avigdor Aron and Moshe Hanovich. Also present were the great philanthropists Les and Eva Erdi, as were Sam Gandel’s children, Eva Besen AO and John Gandel AO. Former presidents Fred Antman and Shmuel Rozenkranz, who steered the congregation through many of the last decades were present and Fred the former Jazz correspondent of the ABC in the 50’s and 60’s is a source of inexhaustible social history of the Australian Jewish community which he usually delivers from carefully typed notes at the Kiddushes following services.. The historian Yossi Aron, who wrote the wonderful history of the Elwood Talmud Torah Congregation, was present and is owed great credit for the function, as are Magdi Bar Zeev and current synagogue secretary Max Singer.
Yossi Aron’s history is not just about a 75-year-old local Hebrew congregation. It is partially a social history of migration in south-eastern Melbourne, particularly in Elwood. It is very fortuitous, when viewed in retrospect, that this congregation was formed by central and east European migrants prior to the Second World War. These were the very people who were able to look after the refugees and the displaced persons who came off the ships after the Second World War and who, subsequently, filled the pews at this very special shule.

The emphasis on education by the Elwood congregation is well known. There was originally a Talmud Torah there and then there was the Moriah College and now there is the successful primary school Yesodei HaTorah. I pay great tribute to all of the people who have worked there, prayed there and been great members of the Australian community, in Elwood and in Melbourne, and who have contributed so much beyond their community to our great country Australia.