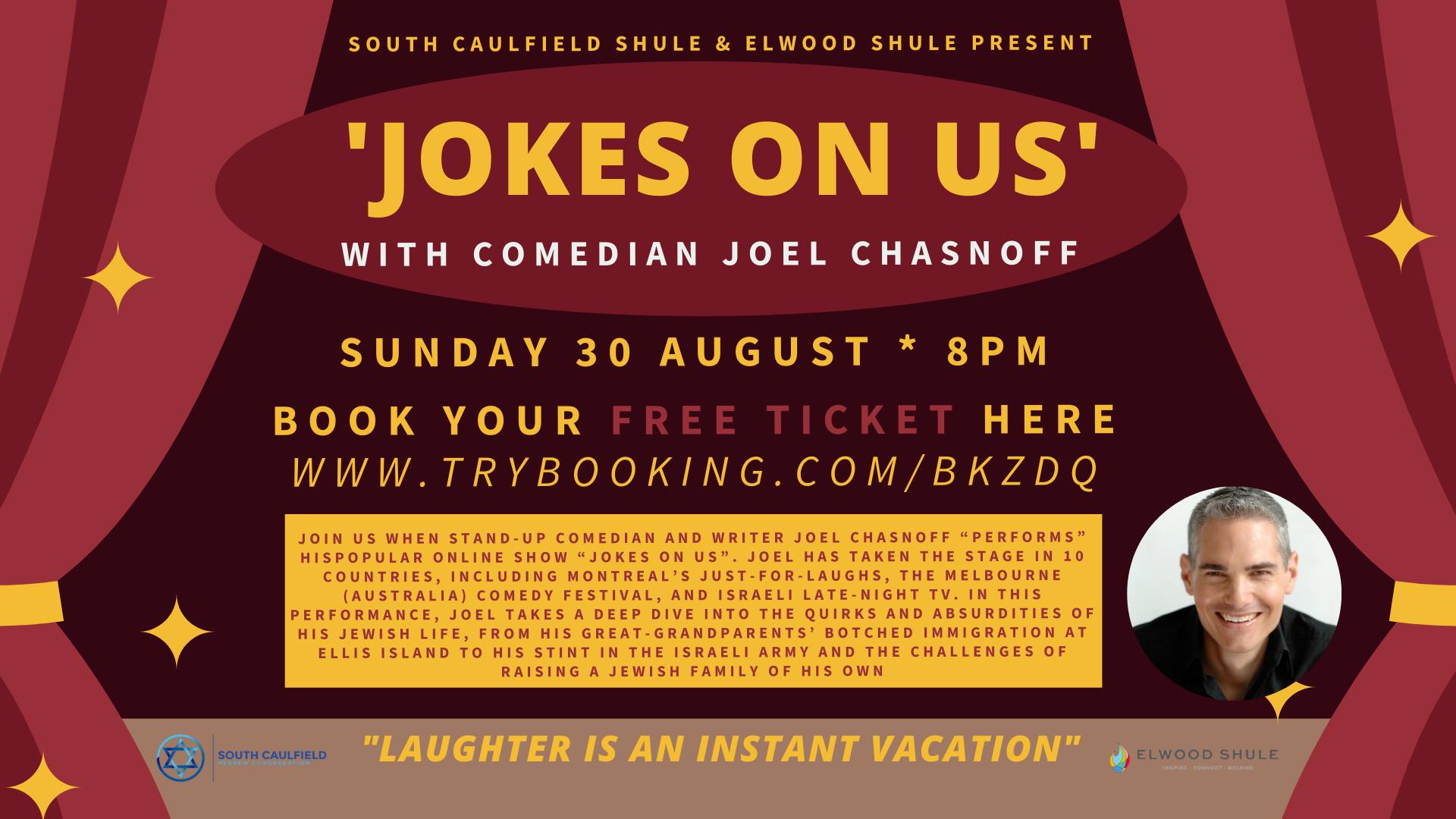 South Caulfield and Elwood Shule invite you for a night of laughter! Join us as stand-up comedian and writer Joel Chasnoff “performs” his popular online show “Jokes On Us”.

Joel has taken the stage in 10 countries, including Montreal’s Just-For-Laughs, the Melbourne (Australia) Comedy Festival, and Israeli late-night TV. In this performance, Joel takes a deep dive into the quirks and absurdities of his Jewish life, from his great-grandparents’ botched immigration at Ellis Island to his stint in the Israeli Army and the challenges of raising a Jewish family of his own!